“Sittwe” and “The Venerable W.” present the festering relations between the Rohingya and Buddhists 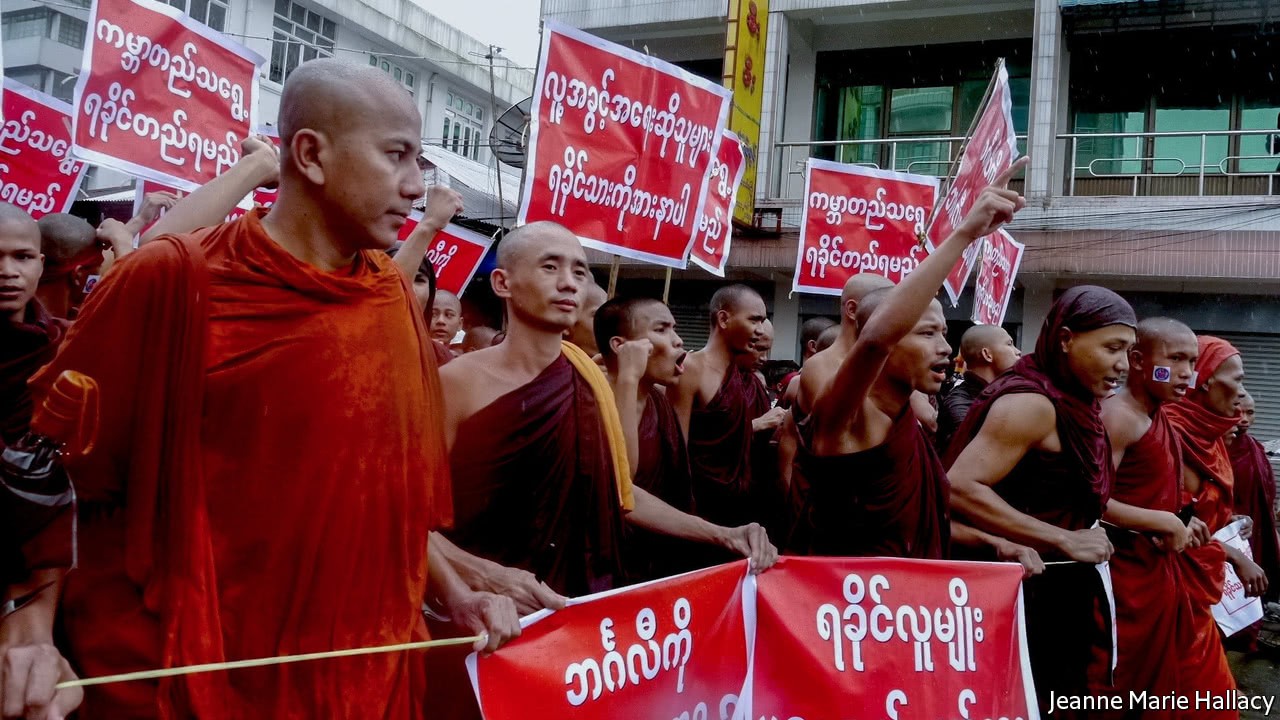 EARLIER this month a man was killed in Sittwe, the capital of Rakhine state, when a mob used bricks to beat him and six others. He was a Muslim Rohingya, they were Rakhine Buddhists. The incident was far from unique: clashes between the minority Muslims and majority Buddhists have become more frequent since October, when an attack on three border guards by Rohingya insurgents left nine police officers dead. But it does make “Sittwe” (pictured), Jeanne Hallacy’s latest documentary, more urgent. She hopes that the film will help people not only to understand the cycle of violence in the country, but to break it, too.

Animosity between Muslims and Buddhists in the country dates back to the 1940s, but tensions have heightened since 2012 when a Buddhist woman was raped and murdered—allegedly by three Muslim men. “Nobody knows if a Muslim or a Buddhist killed her,” says a protagonist in “Sittwe”, but communal violence in 2012 claimed at least 80 lives and displaced more than 100,000. Violence has reverberated throughout the country, but Rakhine remains the epicentre of the strife. Not only is it one of the poorest parts of Myanmar, it is also the home of more than 1m stateless Rohingyas, whom the Burmese authorities regard as illegal immigrants and thus treat with contempt.