VietNamNet Bridge – A collection of Indonesian glass paintings are on display at the Vietnam Museum of Ethnology in Hanoi. 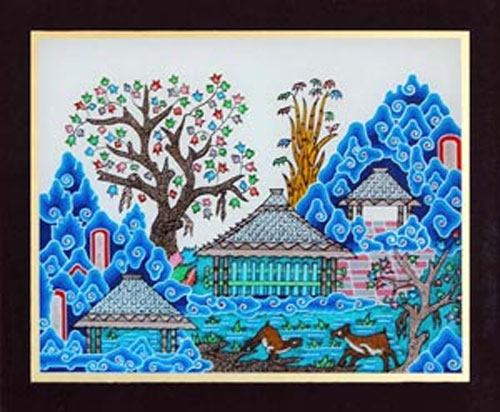 An Italian couple, O’ong Maryono and Rosalia Sciortino, donated the collection with 68 paintings to the museum in 2006. The couple collected the paintings during their time in Indonesia from 1993 to 2001.

The works are inspired from daily activities, folk arts, Islamic practices and festivals.

The art of glass painting, which originated in Europe, was introduced to Indonesia in the early 20th century by the Dutch and flourished there during the 1930s.

The museum’s Director Vo Quang Trong said that the exhibition on Indonesia’s glass paintings is the follow-up of a series of events featuring cultures of other Southeast Asian nations with the hope to provide visitors with knowledge about Vietnam’ neighbours.

The event, which began on December 6, also aims to honour the donors and contribute to the establishment of the ASEAN Socio-Cultural Community in 2015, he added.