For Marzuki Darusman, the ethnic group is the victim of atrocities in Myanmar and must be helped to determine its own future. Increased international pressure on Myanmar is needed as is greater support for Bangladesh, which hosts a million Rohingya refugees. Third countries, especially in ASEAN, must welcome the Rohingya. 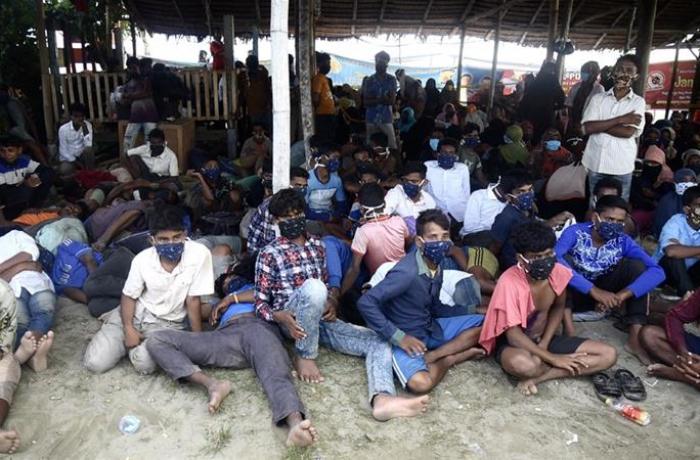 Jakarta (AsiaNews) – The prospects seem bleak for the Rohingya, but hope for a better future for one of the most persecuted minorities in the world is still alive, this according to Marzuki Darusman, a former UN official who investigated atrocities in Myanmar.

Speaking to AsiaNews, Darusman said that the stateless ethnic group must be helped to determine its own future. To this end, it is necessary to renew international pressure on Myanmar and support Bangladesh, which is host to around a million Rohingya refugees.

In early September, about 30 Rohingya died during a seven-month odyssey at sea on their way to Malaysia to reunite with their families after leaving their refuge in Bangladesh. Another 395 refugees eventually landed in Aceh, north-western Indonesia. Two later died of respiratory illness, raising concerns about possible COVID-19 infections.

The Bali Process, a forum of Asia-Pacific countries (including Indonesia and Australia) centred on human trafficking, has been criticised for failing to help Rohingya boat people, victims of people smuggling.

The list includes involving the Rohingya in talks about their future, i.e. recognise them as part of the process; mobilising resources and funds to help Bangladesh; talking to third countries willing to offer asylum to refugees who fear returning to Myanmar; and reactivating UN multilateral mechanisms to allow all these measures to turn the spotlight on Myanmar’s behaviour.

The independent fact-finding UN team highlighted the “genocidal intent” of the Myanmar military against the Muslim minority, which in 2017 drove over 725,000 people out of the country.

The Rohingya, called “Bangla” in Myanmar, are accused by authorities in Naypyidaw of being illegal migrants from Bangladesh. Most are stateless, since they cannot produce papers required by Myanmar’s citizenship law on non-officially recognised ethnic groups.

Last Friday, after the UN Security Council debated the situation in Myanmar, eight countries, including the United States, Great Britain, France and Germany, asked Myanmar to immediately allow “safe, voluntary, sustainable and dignified return of refugees,” and to respect the ruling of the International Court of Justice, which in January ordered the Myanmar government to prevent a Rohingya genocide.

Myanmar State Councillor and Foreign Minister Aung San Suu Kyi insisted that killings that have occurred are the result of an “internal war” against terrorist groups.

A few days ago, the European Parliament suspended Suu Kyi from the Sakharov Prize community. She had received the award in 1990 for her struggle against her country’s military dictatorship.

Meanwhile, the International Criminal Court has opened an investigation to see if Myanmar’s military leaders have committed large-scale crimes against the Rohingya.

During a recent ministerial meeting of the (Association of Southeast Asian Nations (ASEAN), which includes Myanmar, member countries appealed to Myanmar to draft a repatriation plan for thousands of Rohingya, which they would be ready to support.

For many observers, the pressure on Myanmar has proved ineffective. “ASEAN leaders care more about the relationship between member states rather than oppressed populations whom they have a duty to protect,” said Kyaw Win, head of the London-based Burma Human Rights Network.

In addition to China, Myanmar’s main economic partners are Western countries and some ASEAN members like Singapore, Malaysia and Thailand).  In light of this, “are ASEAN member states really willing to confront Myanmar?” wonders Prof Rosalia Sciortino, director of the Bangkok-based SEA Junction.

According to Darusman, since Indonesia currently holds one of the non-permanent seats on the United Nations Security Council, it is in a good position to facilitate multilateral initiatives in favour of human rights in Myanmar.

Some steps have been undertaken under the auspices of the UN Secretary General, the Special Rapporteur on Human Rights in Myanmar and the UN Special Envoy to the Asian country.

“Creativity is needed,” said Darusman, “instead of ‘unrealistic interventions’ like demanding changes in Myanmar’s citizenship law.” One extraordinary example to follow was the global cooperation over Vietnam’s refugees in the 1970s, hosted on Indonesia’s Galang Island.

If only out of economic interest, Darusman noted, Myanmar’s main ally China has provided funds and transportation for refugees’ safe repatriation.

China is building a hydropower dam and a deep-sea port in Rakhine state, the home of the Rohingya, as part of its Belt and Road Initiative spanning Europe to Asia.

Darusman and Kyaw Win separately warn that failure to curb violence against the minority could worsen abuse against other minorities in Myanmar and elsewhere.

Sciortino noted that Rohingya have refused repatriation without guarantee of safety. However, seeking third countries is presently not feasible.

“Countries that traditionally would receive refugees such as Australia and the US now have anti-immigration policies and Europe is occupied with refugees from Middle East and Africa.”

At least ASEAN countries could “divide” refugees among themselves, Sciortino believes. However even wealthy Malaysia has said that it can no longer accommodate more than the 150,000 Rohingya it is now hosting.