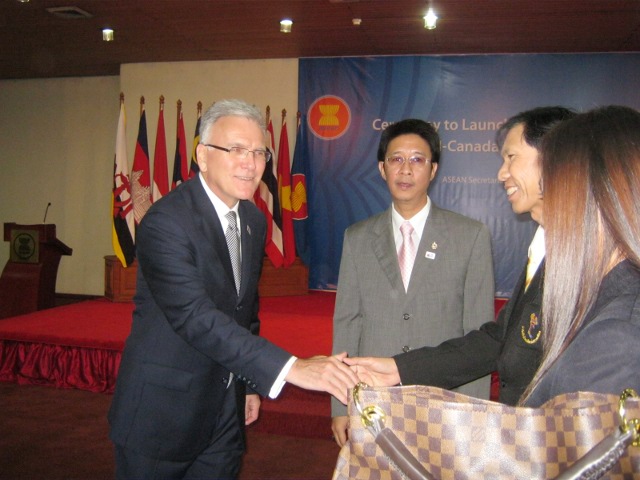 JAKARTA, 20 January 2012 – A ceremony to launch the 35th Anniversary of ASEAN-Canada Dialogue Partnership was held today at the ASEAN Secretariat. Themed “35 Years of Partnership and Friendship”, the anniversary year will include collaboration in social-cultural, academic, and commercial areas. H.E. Mr. Mackenzie Clugston, Ambassador of Canada to ASEAN emphasized that “Canada and ASEAN relations are built on friendship andmutual respect. As a country of the Pacific, Canada values its partnership with ASEAN. On this special anniversary year, we reflect on what has been accomplished, but more importantly, on ways to strengthen this special bond”. The ceremony featured a new ASEAN-Canada Research Partnership supported by Canada’s International Development Research Centre (IDRC). 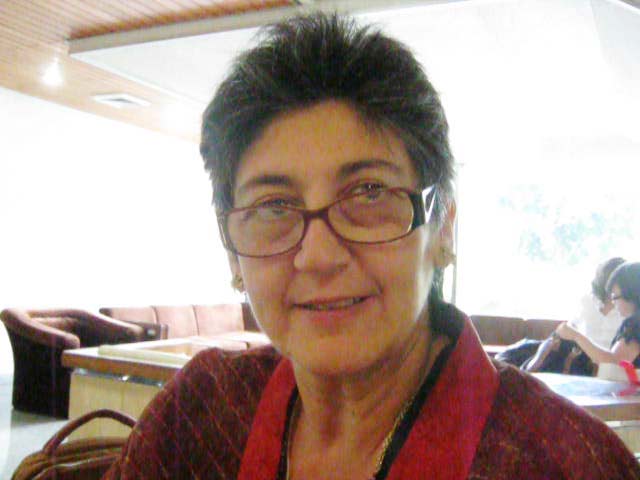 This new initiative seeks to build research capacity and collaboration between and among Canada and ASEAN institutions to better understand the impact of regional integration. Jointly managed by the Nanyang Technological University and the University of British Columbia, this three-year, CAD$1 million programme will award research fellowships to ASEAN and Canadian young scholars, commission policy papers and organize annual Canada-ASEAN fora on strategic issues such as regional inequity, changing demographics as well as environmental and energy concerns. The launch also formally unveiled the anniversary logo, which was selected following a region-wide design competition inviting youths aged 16-21 in ASEAN and Canada. The anniversary logo was unveiled by H.E. Dr. Surin Pitsuwan, Secretary-General of ASEAN; H.E. Clugston; and H.E. Mr. Manasvi Srisodapol, the Permanent Representative of Thailand to ASEAN. Dr. Surin and Ambassador Clugston awarded the winner of the design, 19 year old Ms. Chonnikanta Yoojai, with a commemorative plaque and a top-of-the line BlackBerry Bold 9900 Smartphone. To mark this important milestone in ASEAN-Canada partnership, a commemorative tree, was planted at the garden of the ASEAN Secretariat. The trembesi tree, a high carbon dioxide absorbent tree, represents ASEAN and Canada’s effort to protect the environment. Canada began its engagement with ASEAN as a Dialogue Partner in 1977, and has maintained an active cooperation with ASEAN since then.

This cooperation has broadened and deepened, covering political and security, economic and financial, and social and cultural areas. “Canada has been a steadfast friend of ASEAN and we look forward to an even closer partnership in the future. Our peoples will benefit from our dedication to the issues of energy, environment and inequality so I am happy to note the positive developments in our dialogue partnership on these fronts”, Dr. Surin said. In addition, Mr. Manasvi underlined “ASEAN and Canada could bank on their longstanding ties and cooperation to widen and expand their partnership in new fields in the coming decades. As Pacific neighbours, ASEAN and Canada could strengthen efforts to address common threats and challenges affecting peoples, enhance peace and stability in the region, promote human resources development, foster people-to-people contacts and expand business opportunities”. The launch was a joint initiative between the ASEAN Secretariat, the Embassy of Canada in Jakarta, and the Permanent Mission of Thailand to ASEAN. Thailand is the current country coordinator for the ASEAN-Canada dialogue partnership…”